Many years ago, my parents went out for ice cream and came back with a new car.  Since then, ‘Getting Ice Cream’ in my family meant someone was getting a car.

Today, Steph and I got some ice cream. 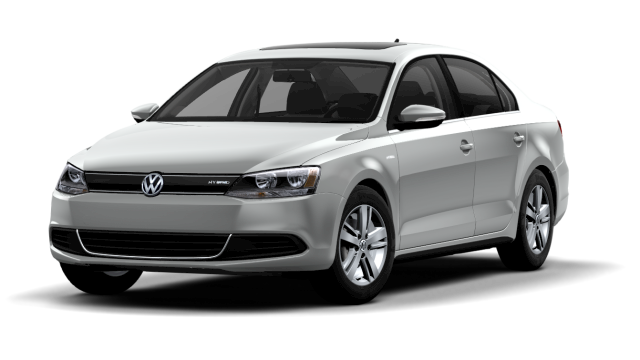 We drove up to the dealership not really expecting to buy and ended up coming home with it.  Not too surprising.  The test drive went well and I’ve never heard anything bad about VWs, especially the Jetta line.  And that’s basically what this car is – a Jetta with a different engine package.

The picture above is exactly what we got – a Frost Silver SEL with Titan Black interior.  We sprung for a few extras such as a navigation system, upgraded stereo, sun roof, and heated seats (essential in cold winters, let me tell you) plus a few other goodies.   It handles like a dream and has great pick up and go.  The trunk is slightly smaller than a normal Jetta due to the battery but since the seats fold down, that’s not a big deal.  The reports I’ve read have said it’ll get up to 48 mpg.  Being as how it’s winter, I doubt we’ll get that as the gas engine is used for heat.

According to the dealer, we are the first people in western Wisconsin to own one.  Maybe the entire state.  We’re not sure of Iowa but considering they came out just this week, I wouldn’t be surprised.

This is our first car in over a decade. For the past 11 years, we’ve driven a ’02 Toyota Prius.  We were the third people in the state of Iowa to own one and at the time, we knew more about the vehicle than our salesman.  It’s served us faithfully and has just over 148,000 miles on it.  Unfortunately, time takes its toll and we started seeing the signs that its days were drawing to an end.

We’re still keeping the Prius.  It’s a great car for getting around town but the Jetta will take its place at the head of the pack when it comes to long distance travel.  Should be fun.  Or as the Germans would say, ‘Fahrvergnügen‘.

View all posts by Matt Hughes